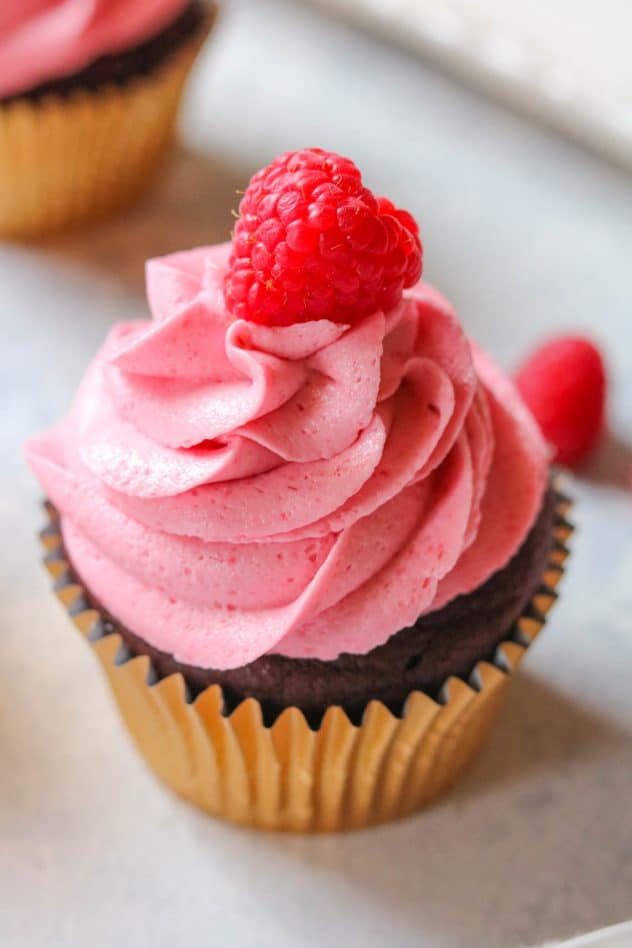 Beets in a cupcake?!? I know, sounds weird, right? But I promise you they are delicious. The beetroot adds additional moisture to the cupcakes while also adding some hidden nutrients. “But beets taste like dirt!” I know, I know, I’ve said it myself, but for real, you won’t even know they’re there. I used to despise beets,  mostly because my childhood memory of beets were pickled beets and as a kid those smelled HORRIBLE. So I avoided them as much as possible, until a few years ago when I decided to give them a try. 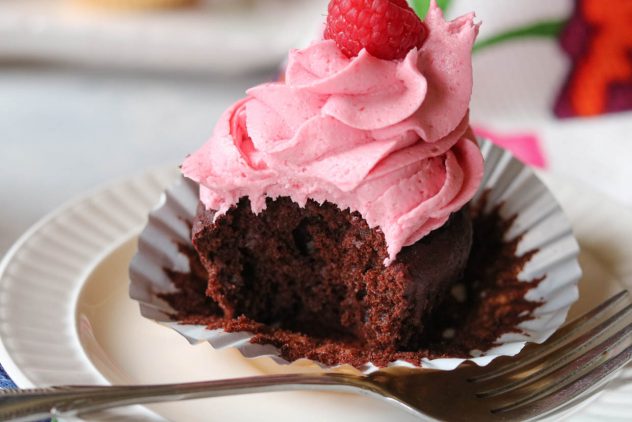 I had seen chocolate beet cakes floating around the internet, and I’ll have to admit they caught my attention. Beets? In a cake? So I began experimenting and was pleasantly surprised when I tried my first chocolate beetroot cupcake. Not only do the beets add additional moisture to the cake, but they also add a deep red hue giving the chocolate cake an almost red velvet look. 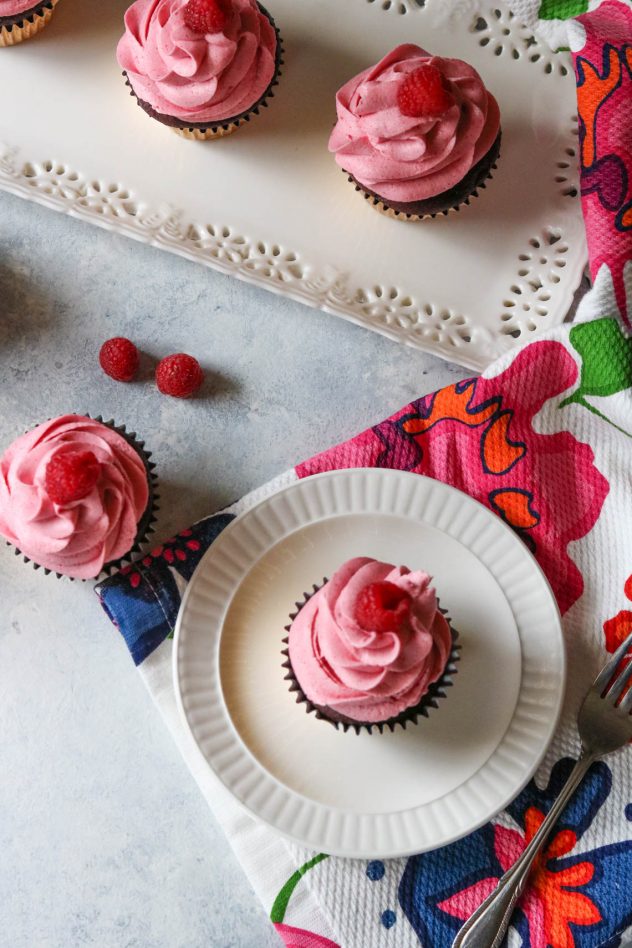 Let’s talk about this homemade raspberry buttercream. There’s just something about chocolate and raspberry. I tend to like that flavor combination more than chocolate and cherry. There’s a local winery that serves the best decadent chocolate cake with a raspberry drizzle and it’s oh so good. So when I was trying to figure out what flavor of icing to pair with the chocolate beetroot cupcakes raspberry was the first that came to mind. To get the decorated look of these cupcakes, you’ll need a Wilton icing bag and a 2D tip.

You’ll have to tell me in the comments below how you liked these beetroot cupcakes.

Chocolate beetroot cupcakes with a homemade raspberry buttercream. Hidden nutrients for the kids and full of flavor!