Remember as a teenager going to Taco Bell late at night and devouring an order of their cinnamon chips alongside your burrito supreme? No? Just me? Well, I did, and I loved it. Fast forward 25 years and I’m not devouring anything from Taco Bell anymore, but I still love cinnamon sugar chips. I’m always looking for ways to take my favorite foods and update them into a healthier version. Enter the gluten-free cinnamon chips. I would define these as Paleo-ish for the hard core Paleo eater. 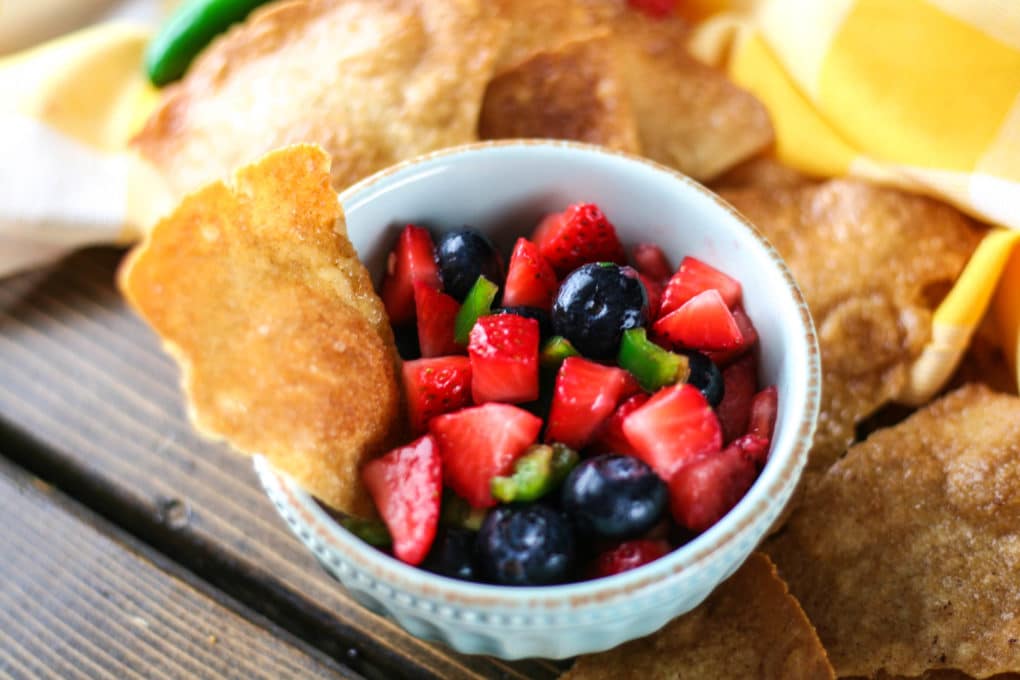 These gluten-free cinnamon chips are made using Udi’s gluten free tortillas, ghee, plus cinnamon and sugar. Brush on the melted ghee, sprinkle with cinnamon & sugar and then broil for 2-3 minutes. They were so good my husband decided to devour them in one setting. And what’s better to go with chips than salsa, right? This fruit salsa packs sweet and heat with the addition of jalapeno peppers. It’s the perfect combination with the sweet cinnamon chips. Add this to your Labor Day BBQ menu as summer is winding down. 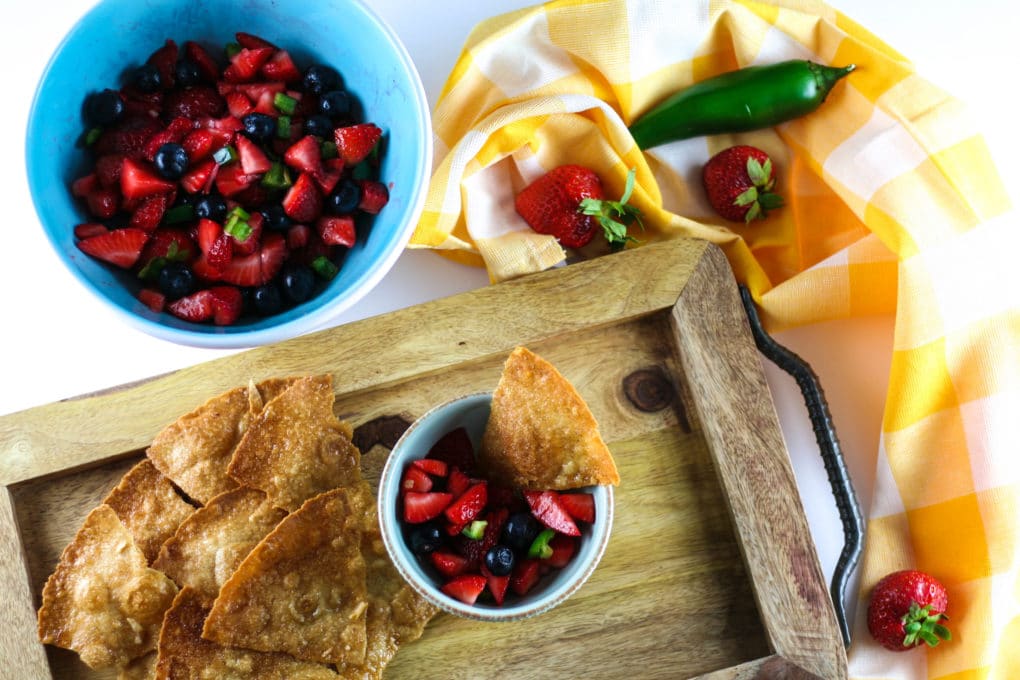