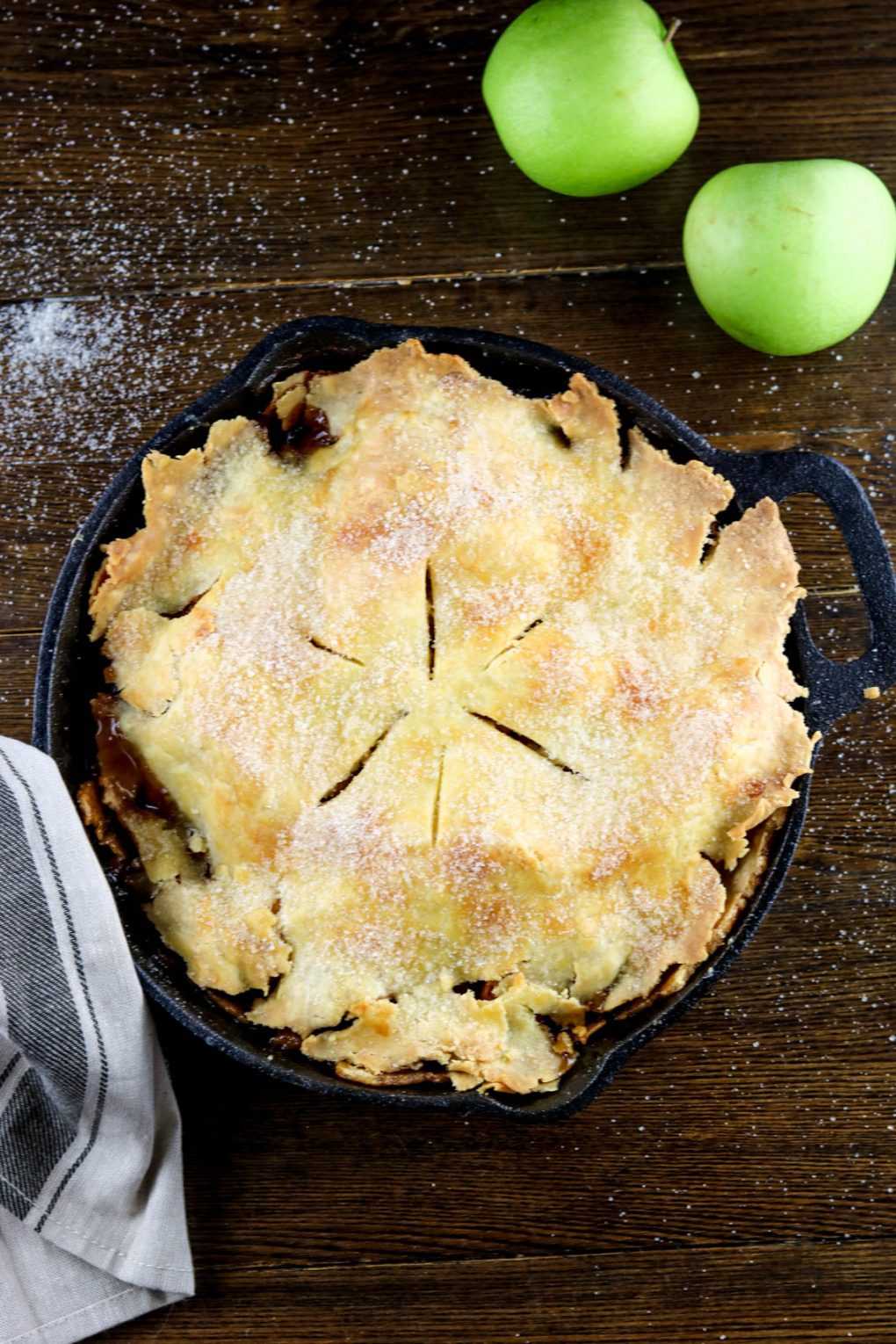 I think sometimes we can easily get in the habit of treating ourselves to gluten-free cookies, cakes, and snacks and desserts made with organic, unrefined sugars thinking we’re still eating healthy. But the truth of the matter is, desserts and sugars, even those with healthier alternative ingredients, should still be consumed in moderation. If you haven’t had a chance to watch the documentary, Fed Up, I highly recommend it. It will open your eyes to the damage sugar can do to our bodies and how the standard American food industry injects sugar and high-fructose ingredients into almost every processed food you can buy. But I digress, we’ll save the “truth about sugar” post for another day. For now, let’s dig into this gorgeous gluten-free cast iron apple pie!

If we’re going to indulge in a tasty dessert, why not include a fruit that’s backed by proven health benefits, like apples? Helen Nichols, from Well-Being Secrets, recently wrote an article listing 34 Science-Backed Health Benefits of Apples. This article is jam-packed full of information, you must check it out! 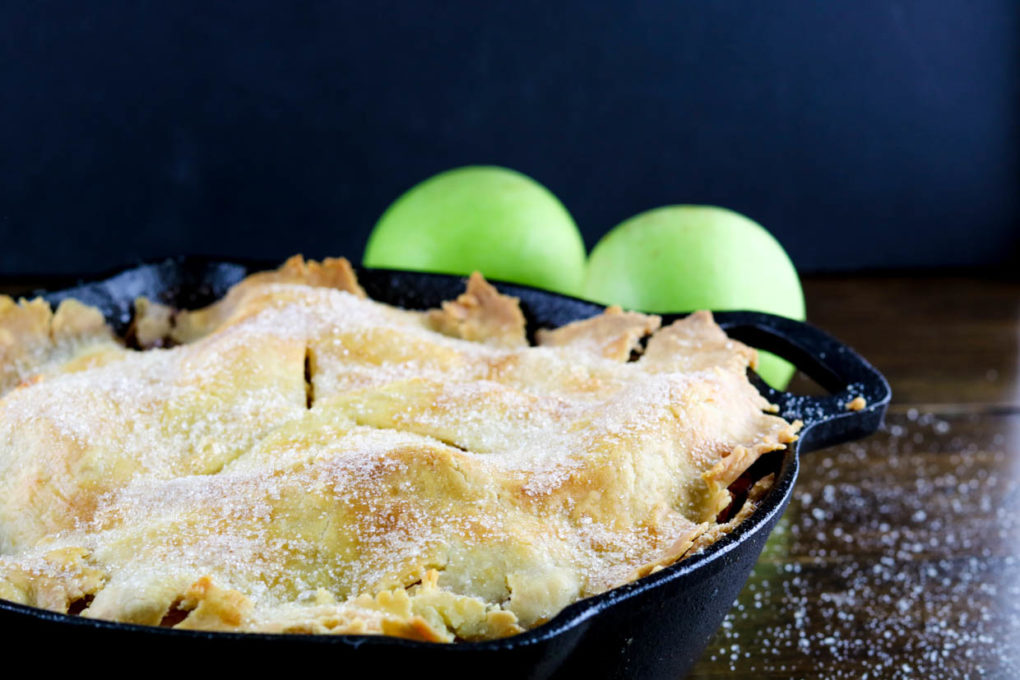 When I first started baking gluten-free I was hesitant because baking is such an exact science. If even the slightest ingredient is off you’ll have a baking fail on your hands. Also, baking gluten-free with a nut allergy can be exceptionally challenging. Many gluten-free recipes include nut-based flours such as almond flour. This is actually the driving force behind Wanderlust and Wellness. After years of being frustrated with so many healthy recipes including nuts, nut flours, nut butters, and nut milks I decided to solve the problem for myself (and any other Paleo/Primal eaters with nut allergies) by creating my own gluten-free AND nut-free recipes. This gluten-free cast iron apple pie uses my favorite gluten-free baking flour, Cup4Cup Multipurpose Gluten-free flour. 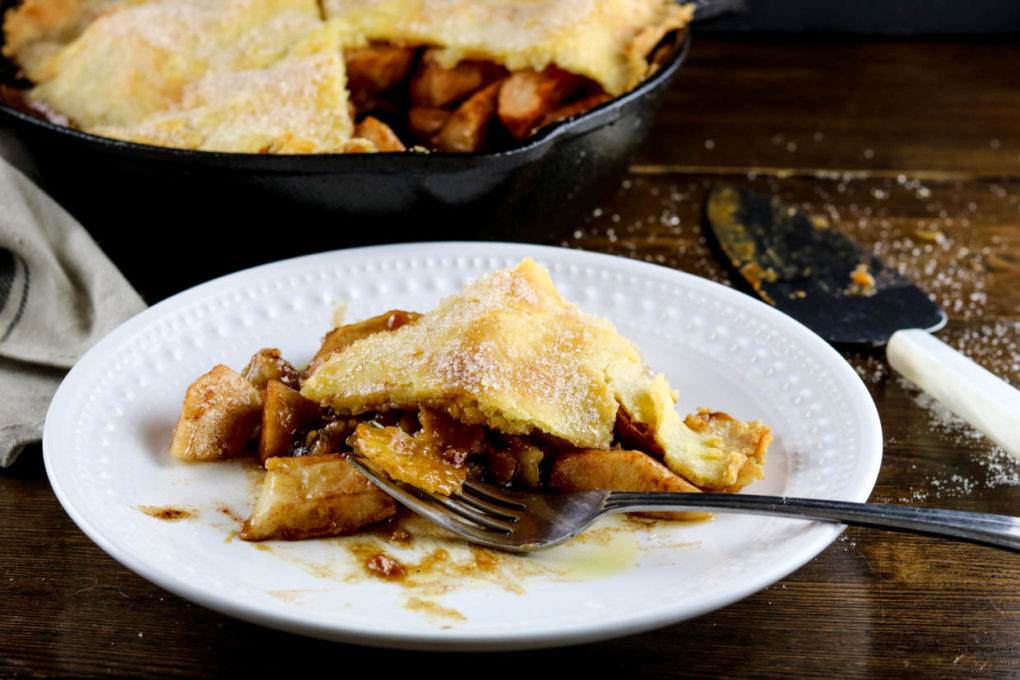 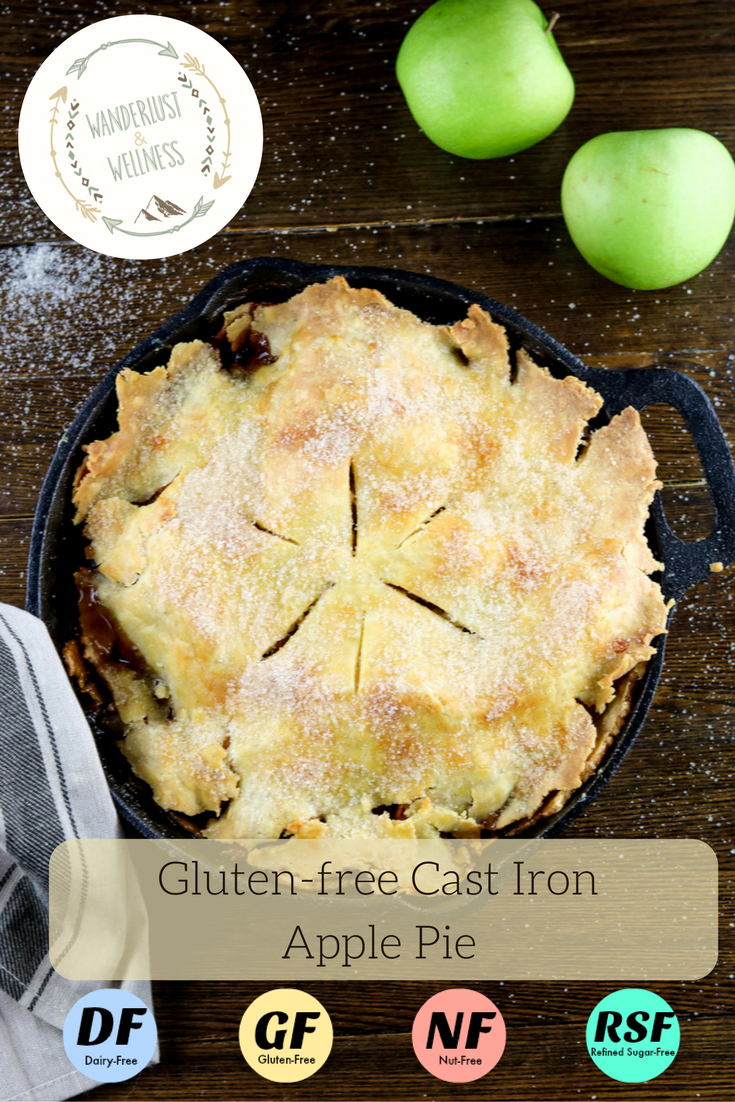