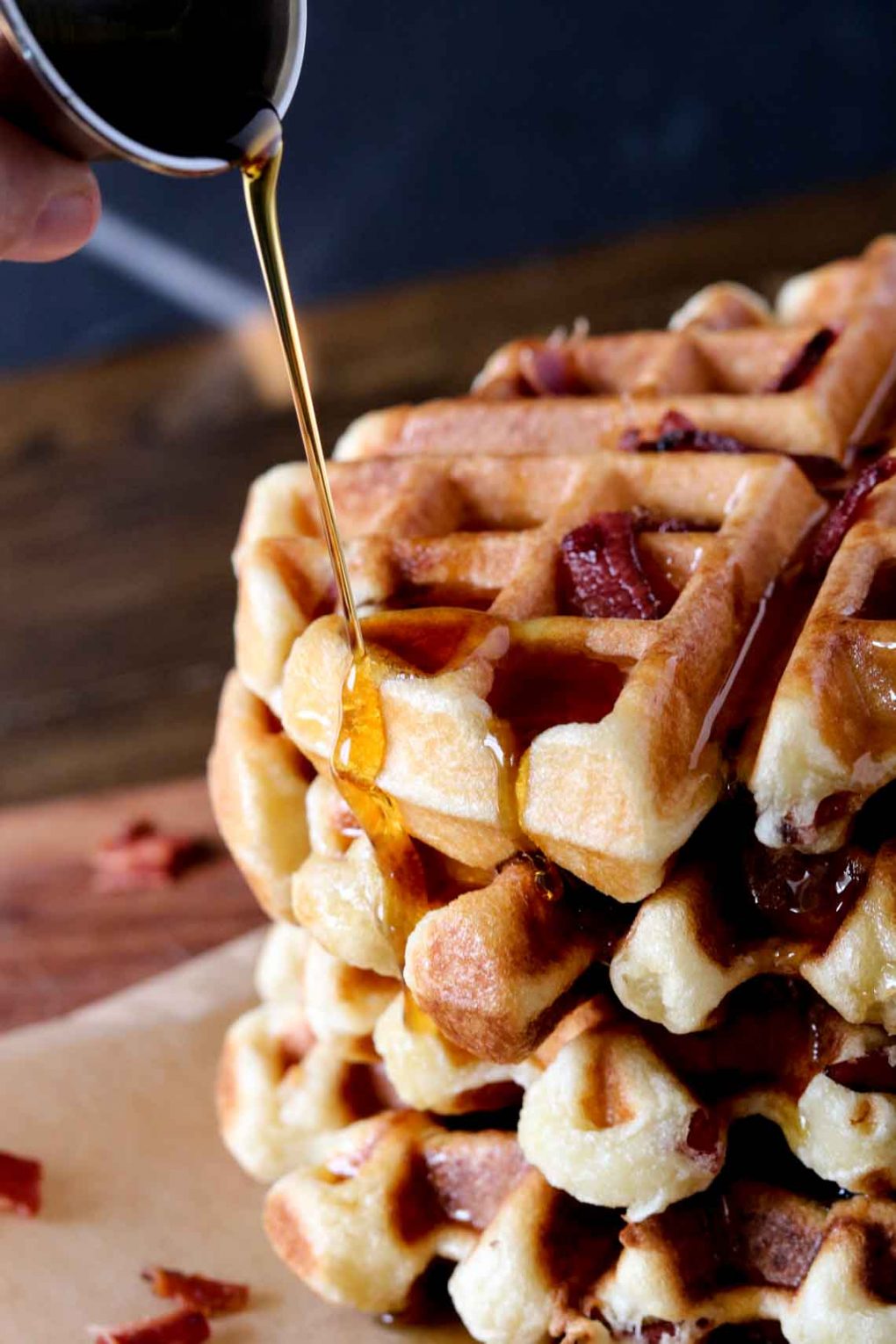 Paleo bacon waffles, what more could a person ask for?!? Every once in a while I’ll bust out the waffle maker and make waffles for the family. Breakfast is probably my least favorite meal to fix but waffles are pretty easy. Waffles + bacon + pure maple syrup = mind blown! And don’t let the gluten-free aspect fool you, these still came out just as crisp on the outside, soft and fluffy on the inside like any other Belgian waffle. (Remember when I told you I didn’t give up flavor when I went gluten/wheat free?) 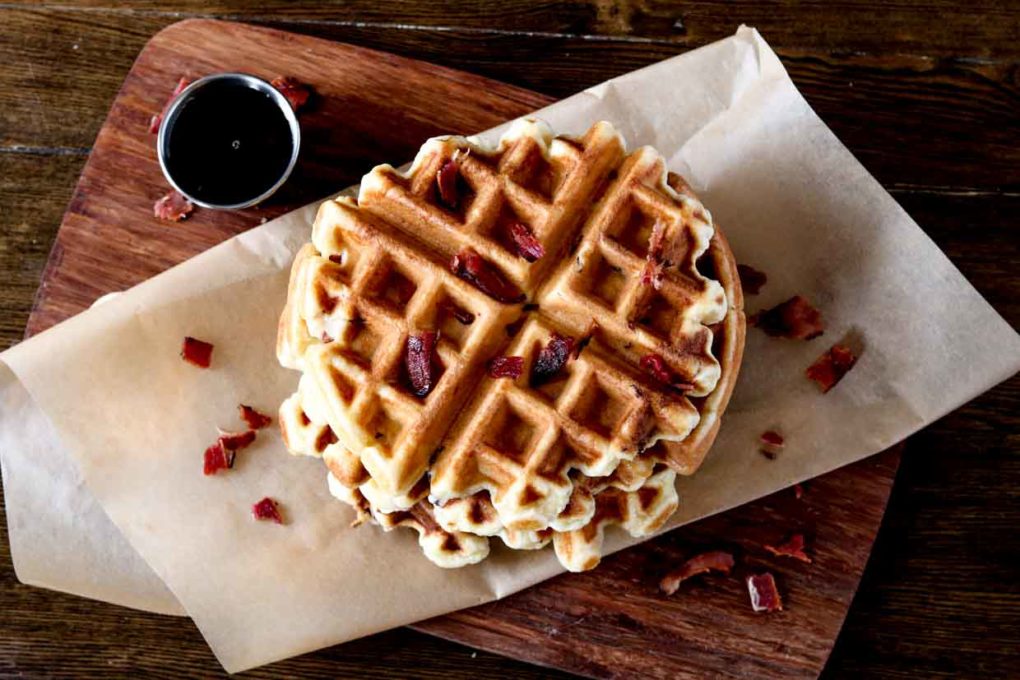 I simply replaced traditional bleached flour with my favorite Cup4Cup Gluten-free Multipurpose flour. This stuff is so good, I’m thinking about giving away some bags soon with my next giveaway! But more about that later. This batter will seem a little more ‘gummy’ than traditional waffle batter, but don’t worry, they’ll still turn out just as fantastic. I also swapped out regular dairy milk with canned coconut milk, added in bacon and maple syrup to the batter and BAM, you’ve got Paleo bacon waffles! 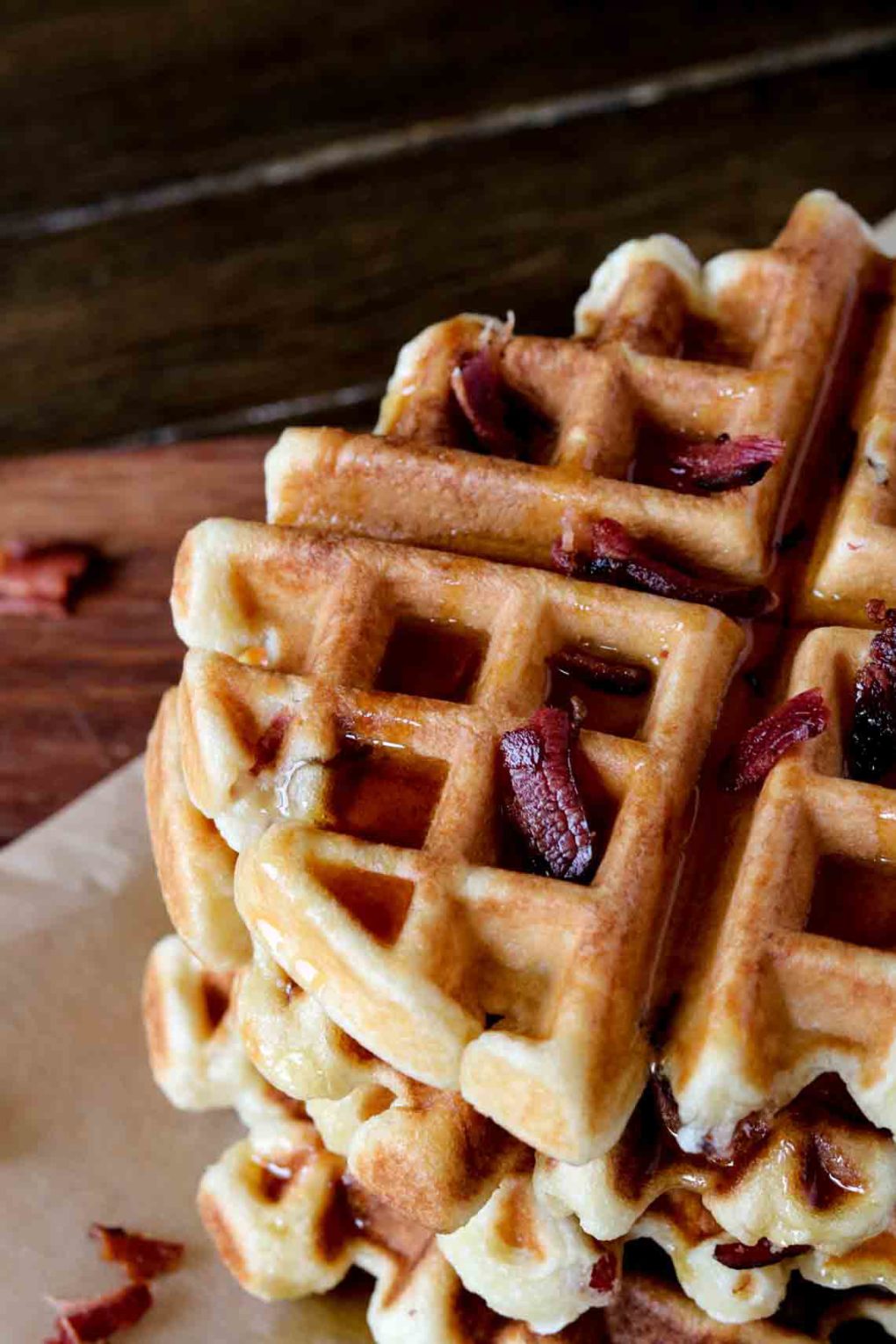 The key to good waffles is cooking them long enough to brown and crisp the outside while the inside stays soft and fluffy. If you pull them out too early they’ll be rubbery. Some waffle makers will have a timer/light on them that will indicate when they’re done cooking (like in many hotel continental breakfasts) but if not, just keep popping the lid up and checking your waffle. Once the outside is nice and crisp/firm and can easily lift with a fork they’re ready.