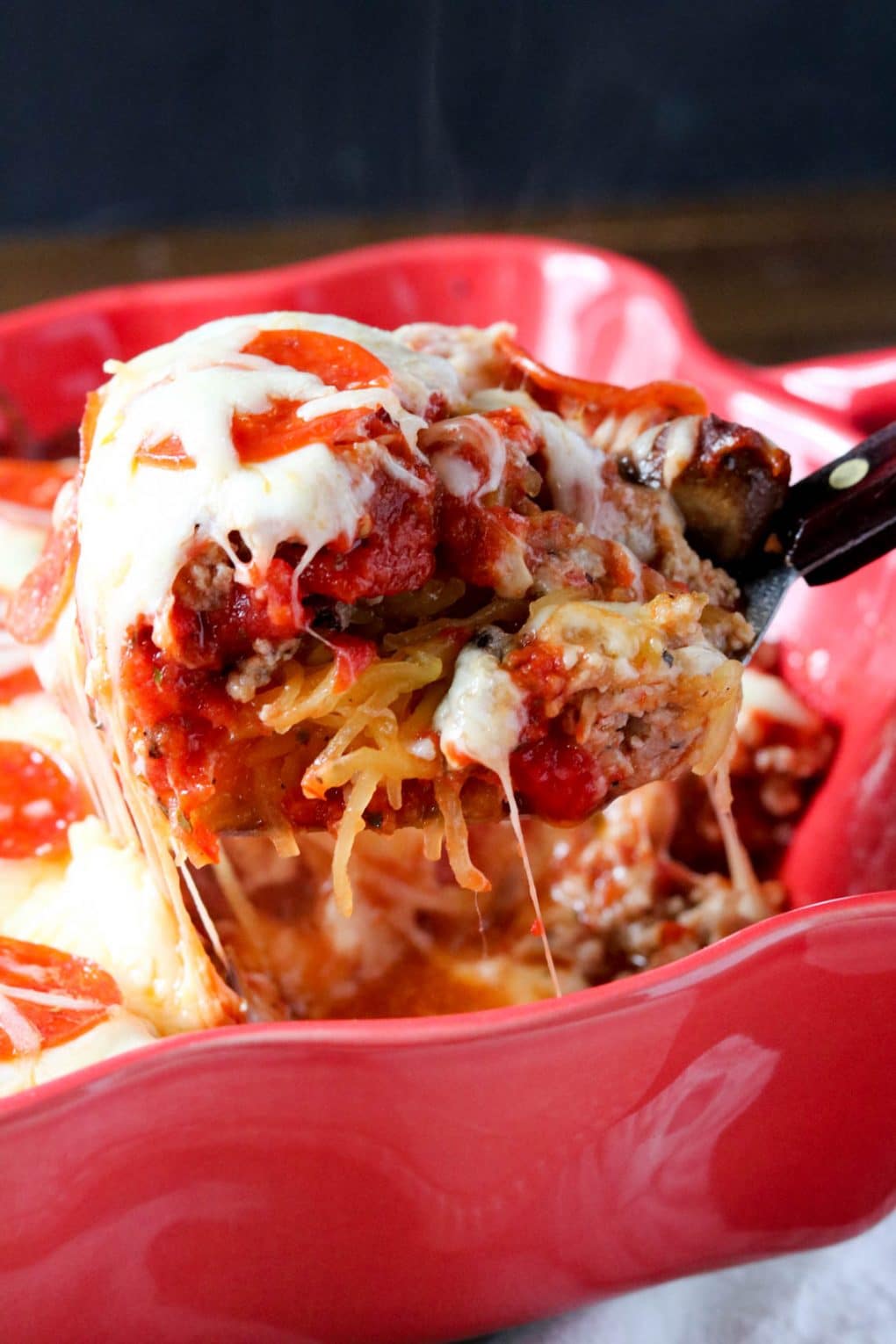 Spaghetti squash is my absolute favorite pasta alternative, especially in this spaghetti squash pizza bake. The kids won’t even realize you’re sneaking in a veggie, it’s that cheesy good. Obviously this pizza bake is not dairy free, but you could totally pull it off without the cheese if needed. I added in mushrooms and red peppers for extra veggies but feel free to add in even more! 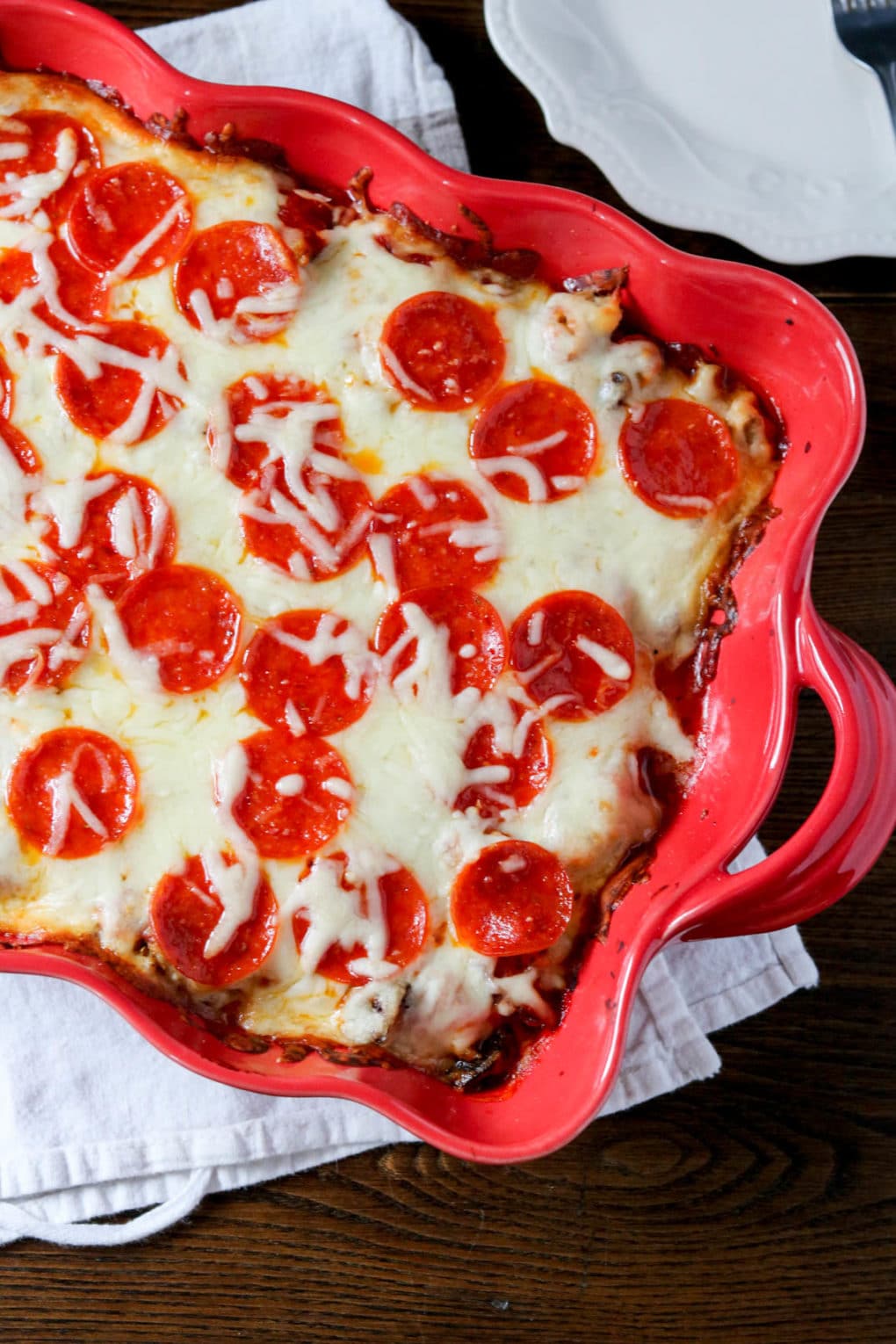 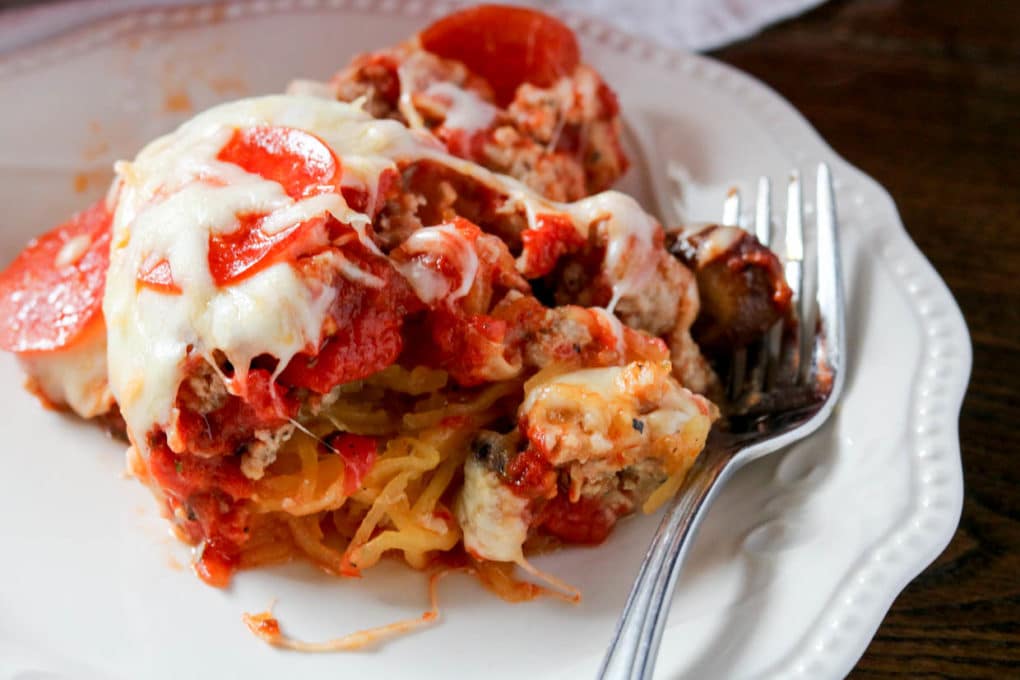