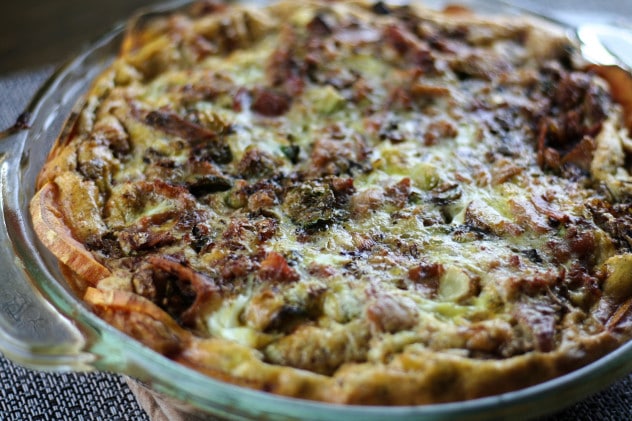 I am a lover of all things quiche. I think I fell in love with Quiche Lorraine many moons ago, although my favorite part of quiche is the savory crust. I did mention before that if I were a dinosaur I would seriously be a CARBosaurus. I LURVE me some carbs, but we all know traditional carbs really aren’t good for the ol’ digestive system.

I’ve seen several sweet potato crust alternatives and I always strayed away from them because, who am I kidding, a sweet potato crust cannot possibly replace the savory traditional quiche crust…right?!? Boy was I wrong. I actually avoided making this recipe the other night because I just thought, “eh, it’s not going to be very good.” But I bit the bullet and made it the following night. It did not disappoint. 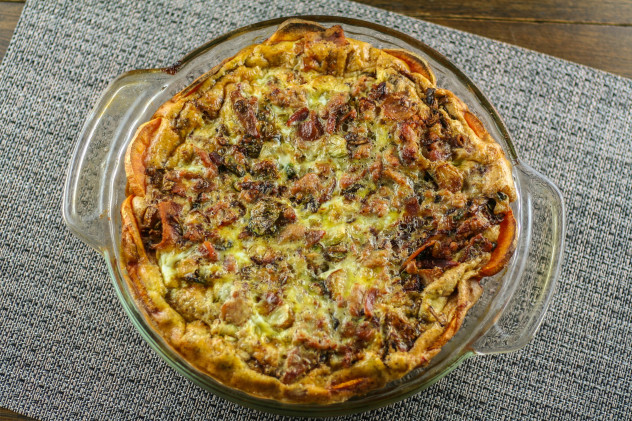 Holy Mamaloney! This. Quiche. Was. Amazing. All jokes aside, you won’t even miss the traditional crust.  The combination of the sweet taste from the sweet potato with the salty bacon and sausage plus the sharp brussel sprout flavor makes this combination a knock out. And I’m not even a big brussel sprout fan! 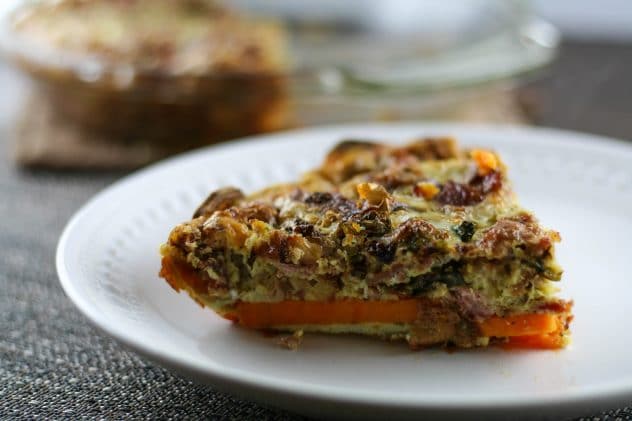 One note of warning, do not exceed the coconut oil amount listed in the ingredients. It will spill over when baking and you’ll have a mess on your hands, not that I know anything about this.